The 2020 census matters, and there’s still time to be counted

Governor’s budget a good start, but more must be done to meet urgent need December 23, 2020

The 2020 census matters, and there’s still time to be counted

Data collection for the 2020 Census is set to close on September 30 – one month earlier than previously planned. It’s critically important that everyone be counted in these final days. The results of the 2020 Census will inform the distribution of $1.5 trillion in federal funding for health care, education, and other vital services; determine who gets how much political power in Congress and at the state level; and provide population data that will shape policy decision-making for the next decade.

Community leaders like those at the Washington Census Alliance are working hard to ensure that every person in Washington is counted – especially Black, Indigenous, and other people of color most at risk of being undercounted. There is still time to complete the census online, over the phone, or with an in-person census taker. Be sure to spread the word in your community and help get out the count!

Last month, the Trump administration abruptly shortened the census data collection, moving the deadline from October 31 to September 30. This comes on top of challenges that COVID-19 has presented in getting an accurate count, including the disruption of door-to-door canvassing. And it’s the latest in a series of Trump administration efforts to undermine accurate data collection and target immigrants and Black and brown communities for exclusion from the census. These efforts have included a proposed citizenship question and a push to exclude undocumented people from the reapportionment process (by which Congressional seats are divided among states) – both intended to scare immigrants away from responding to the census and strip them of political power. 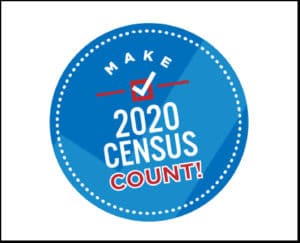 Shortening the census response period makes it even harder to count traditionally undercounted communities, like people of color, LGBTQ people, children, renters, people experiencing homelessness, people with disabilities, and people living in rural communities.1 These communities already face the greatest barriers to health and well-being due to structural and institutional racism and growing economic inequality, and they have been hardest hit by the harms of COVID-19. If they are less accurately represented in the census, they will also see less funding for critical services like Medicaid and the Children’s Health Insurance Program, Head Start, public transportation, and more. And the quality of the data itself – on which policymakers, advocates, and many others rely – will be compromised.

An undercount in Washington could cost our state up to $5.8 million for every 100 households missed.2 The incredible mobilization and innovative outreach efforts of the Washington Census Alliance and other community groups – paired with robust state budget investments to get out the count – have improved the state’s response rate and landed Washington among the best response rates in the country. But our count isn’t yet complete – and there are still a few days left to be counted. Don’t miss the chance.

[1] Certain communities are “hard to count” for a variety of reasons, including that it is more difficult to contact people who live in remote areas, do not have a permanent address, or lack access to the internet. Some groups — like people with limited English proficiency — face barriers to accessing information about the census, and can also be harder for census takers to interview. Others may be fearful of how their information will be used by the government, and may be reluctant to respond. For more see: https://www.gao.gov/assets/700/693450.pdf